A kitten in every pool!

"If I Were President", an essay by WCK: 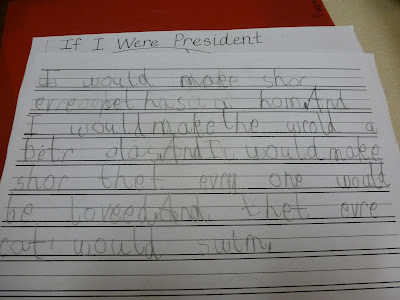 I never get sick. Never getting sick is my Thing. Even when I was a little kid, my sister would be coming down with the bubonic plague or mumps or scarlet fever or whatever, and I'd be totally fine, because I never get sick. (By the way, my sister's Thing is to always get sick with very weird diseases.)
My white-cell count has been low for years, and I still never get sick. I was actually getting cocky about it. I'd see people posting on Facebook about how they had strep throat or the flu or had been throwing up all night long or whatever, and I'd think, "Ha HA! I'm perfectly fine, and I have, like, one white blood cell in my entire body! Ha HA! I rock!"
Like all evil, cocky people who mock others, I was bound to get my comeuppance. Last week, I got sick. Like, really, really, really sick. At first I was in denial (because I never get sick) and I went to my Body Pump class on Thursday morning anyway. It was rough, and not just because the bicep song has switched from Bon Jovi to "Eye of the Tiger", complete with instructor commentary:
SONG: Risin' up to the challenge of our rival!
INSTRUCTOR: Oh, yes. We will rise up to the challenge.
I staggered home and crawled under a blanket, still blaming my fatigue and achy-ness on the Eye of the Tiger, or possibly the "Smells Like Teen Spirit" chest press. By Friday night, though, I started running a fever for the first time since my myeloma diagnosis, and I started worrying if my lone white cell (let's call him Ol' Whitey) was going to be able to handle things on his own. I called the doctor on call, who got me some antibiotics right away.
Soon WCK was sick, too, and the two of us huddled under the electric blanket, eating popsicles and watching "The Wonder Pets" for 12 hours straight. If you've never seen "The Wonder Pets", it's a show about a guinea pig, a duck, and a turtle who sing and go around rescuing baby animals who are stuck in the mud. I think we both suffered permanent brain damage from "The Wonder Pets."
So it was a rough few days, but we're feeling much better now. I find myself getting cocky again. I only have, like, one white blood cell in my whole body, and Ol' Whitey totally kicked the butt of that virus! If you're a virus, you don't want to mess with Ol' Whitey. The last known survivor stalks his prey in the night, and he's watching you all with the eye .... of the tiger.
Posted by Karen at 12:34 PM 2 comments: