My favorite running trail ended up underneath the Missouri river for most of the summer, so I've had to search around the area for new trails. I just found a new one, and the two times I've been there, I've found myself passing these two little old men who are walking together. They're always talking to each other very loudly in Italian, complete with big, dramatic hand gestures.
It's only a one-mile trail, so I pass them a lot. Finally, one of them called out to me very loudly -- either because that's just the way he talks or because he could sense I had Bon Jovi blaring into my ears -- "Hey! How many mile you gonna do?" He held up his fingers. "Four? Five?"
I held up five fingers, even though I'd only gone four miles and was ready to give up. Italian Guy seemed impressed. Then I realized I was going to have to finish the five miles, because I didn't want to let the Italian Guys down.
I finished, and I think all three of us were pretty happy. I saw them again as I walked to my car, and the same guy said -- again, very loudly -- "You-a have a good day, Baby!"
Baby. I'm still laughing about that.
Posted by Karen at 11:47 AM 1 comment:

I'm really bad with plants. In college, I once killed a cactus because I didn't water it enough. I've always really wanted to be good with plants, but it's never worked out. I think most plants want to scream and run away when they see me coming. Of course, they can't go anywhere. They're plants. All they can do is silently pray for their souls and hope their loved ones are well looked after. And then I kill them.
But for some reason, last spring I became wildly optimistic about my ability to grow some tomato plants in containers on the back deck.
Photo illustration of my wild optimism about tomato-growing: 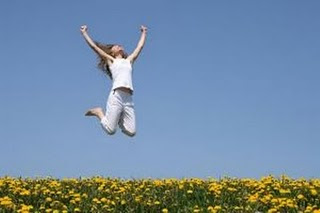 Well, it didn't take long for my wild optimism to turn to crap: 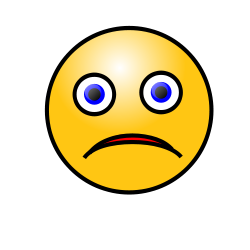 Here's why. Squirrels were eating my tomatoes. I try to frighten them away, but they don't even care. I was even able to get some photos of one of them caught in the act. 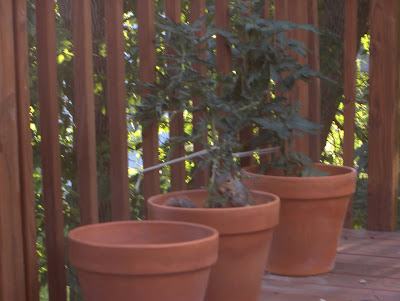 At this very moment, there is a squirrel out there on the deck again. Seriously. As I reflect on this, I think maybe the universe sent the squirrels to help put the plants out of their misery and to let me know that I should never, ever try to grow plants again. Fine, universe. Fine. Fine!
So far I've gathered exactly one teeny, teeny tiny red tomato. It had fallen from the plant; perhaps a squirrel knocked it down and then felt guilty after a summer of wild tomato-ravaging so he left it for me. The tomato was probably the size of a jelly bean. I brought it inside, cut it in half, and WCK and I both feasted upon the bountiful harvest. Mmmmm.
I hope my child treasures this memory of eating home-grown food, because it's probably the only one she's going to have.
Posted by Karen at 11:11 AM 1 comment: 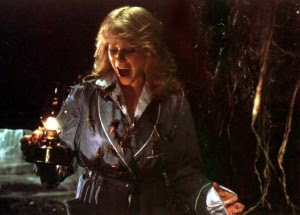 It was a scene out of Indiana Jones and the Temple of Doom! We! Are! Going! To! Die!
OK, OK, fine, it was one beetle. He was about an inch long. Although I've never been too squeamish about bugs, it was still a little disturbing to find in my house. He looked kinda like this: 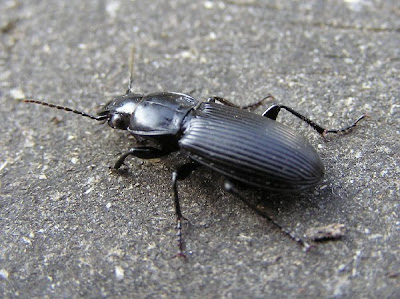 I tried to think of a way to gently usher him outside, but then I realized that WCK would probably want to see him before he was released into the wilderness. I went to her room and got her bug-collecting kit, which consists of an enormous pair of plastic tweezers and a see-through plastic "bug house". I gently lifted the beetle inside the bug house, and then The Bug and I had to sit there together for the rest of the afternoon.
After a while, I wondered if The Bug was uncomfortable or hungry, so I Googled him. Based on the photos I found, he was a "ground beetle", and ground beetles are predators. Of course. What else would you eat in the Temple of Doom? Fresh plants? No. You're going to eat monkey brains. So The Bug just had to starve until WCK got home from school.
WCK was pretty impressed. She named him Fred. As we prepared to release Fred into the wild, we noticed that he appeared to have, well, passed away. WCK announced that we were going to have an elaborate burial for Fred, and just as I was thinking, "We still need to do homework and cook dinner, and I do not want to hold a frigging funeral for an insect," Fred weakly waved one of his many arms.
Thank God. Because I was concerned for him.
I suggested that Fred was merely weak from hunger, and that he'd feel better when he could be out in the grass. We released him into the yard, where I hope he was able to meet some other nice beetles who gave him directions back to the Temple of Doom.
Posted by Karen at 12:47 PM 1 comment:

Last Saturday, I took WCK downtown to see the circus. This was the first time she'd been. When I announced last month that I'd bought tickets to the circus, WCK's eyes lit up -- not at the thought of seeing elephants or clowns or trapeze artists -- but because the circus is where you get cotton candy. WCK had never had cotton candy before, but she'd heard The Legend of the Cotton Candy from other children.
She talked about the cotton candy all month long. As we approached the Sprint Center, she could see a cotton candy display through the window from about a block away and nearly passed out. She willingly bypassed a circus-themed bouncy castle in front of the Sprint Center so that we could get inside to the cotton candy as quickly as possible. I knew now that if I did not purchase the cotton candy, my child would either collapse and die from disappointment or -- on the ever-so-slight chance she survived -- have to enter therapy.
And the therapist would blame me for everything.
We finally made it to the cotton candy display, only to discover that a bag of cotton candy cost $12. I typed that right. Twelve. But I forked over the money without batting an eye, because of the month of longing and the dying and the therapist and everything. On the plus side, each bag of cotton candy came with a funny-looking hat, sort of a Cat-in-the-Hat-type hat that says "GREATEST SHOW ON EARTH" on the top of it. So I justified the $12 cotton candy by telling myself that our family would treasure this hat -- surely hand-crafted by skilled circus artisans -- for generations. WCK's going to wear it in her wedding.
And with the hat damaging my brain, I allowed us to step over to the souvenir stand, and I told WCK she could pick out one of those whirly, light-up things. I always wanted one of these whirly-light-up things when I went to the circus as a child, but my parents always said no, because they were sensible people who were saving money for food, shelter, and my college education. But doesn't this look way more fun than college? And way more practical than an English degree? 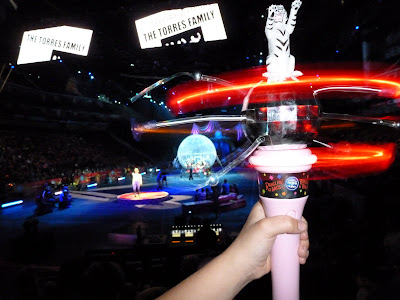 But I'm not going to publish the price of the whirly, light-up thing, because this time my husband would collapse and die and/or have to go to therapy. And the therapist would blame me for everything.
Posted by Karen at 1:16 PM 4 comments:

All right, all right, ALL RIGHT!

All of my many readers (OK, like, two people) started giving me a bad time about slacking off on the blog. As always, I don't have a good excuse, other than the fact that I'm a big slacker. We've been having a good August/early September around here. WCK was a flower girl in a wedding and she started first grade. I'm not sure how that happened; about two seconds ago she weighed seven pounds and was confused by her own hands.
Anyway, I'm such a big slacker that I didn't even post my test results last month. I'm glad to say that my white cells returned to normal (well, "normal" for me, low for a "normal" person), so I was allowed to go back on the regular Revlimid schedule without any more extra weeks off. My M-spike remained stable. This month, the white cells are still good and Spike is down to 2.2! Woo! It's time for a respectable jacket and tie: 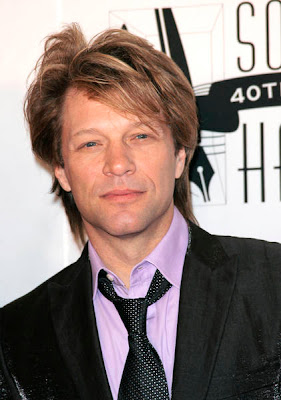