I got my fresh supply of Revlimid delivered to me today. I'm now on 20 mg. The drug company doesn't make a 20 mg pill, so I have to take two 10 mg pills, which means I got 42 pills shipped to me instead of the usual 21. It didn't seem like that big of a deal, until I glanced down at the little slip that came with it and realized that the price for 42 pills is now twice as high.

Fortunately -- very fortunately -- we still only pay a $20 co-pay for the Revlimid, but does anyone want to guess how much the actual price of my bottle of pills is? Anyone?

Eighteen thousand dollars. For a three-week supply of medication.

This means that the little pill bottle sitting on my dresser is officially the most expensive thing that I own. It is worth more than my car. I'm kind of scared to touch the pills, and I certainly don't want to mess them up by, you know, swallowing them or something.
Posted by Karen at 7:50 PM 7 comments:

Let's review: Last month, my M-spike decided to get a little crazy, and Dr. GPO called me and said the myeloma just needed to be spanked a little bit harder. He gave me the option of upping my Revlimid dose or starting dex. I chose to up my dose of Revlimid to 20 mg to see what would happen.

HAHAHA, M-spike!! You like that?? Do not mess with me, M-spike! I will spank you hard! HAHAHAHAHA!!!!

The bad news is that Bon Jovi gets to put a shirt back on: 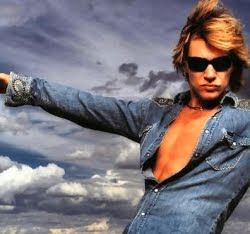 WCK had Friday off from school because of teacher meetings. About a month or so ago, Jay and I decided to take her to the Great Wolf Lodge on Thursday night and Friday, but we kept it a complete secret so it would be a big surprise. We last went there a year ago, and WCK had been asking us, pretty much on a daily basis, when we were going to go back again. So we planned the whole trip but did not breathe a word. On Wednesday night, I did tell her that we'd have a big surprise for her after school the next day, but that's all I would say.

Wow. We could have saved a ton of money.

I refused to reveal the secret. I imagined her complete shock and surprise when we told her. Never in her wildest dreams would she ever have thought that we'd be going to the Great Wolf Lodge! When WCK walked out of school on Thursday and saw that Jay had come with me to pick her up, we were busted.

"We're going to the Great Wolf Lodge, aren't we?" she said.

What? How did she do that? She needs to buy a van so she can drive around solving mysteries.
Posted by Karen at 1:47 PM 1 comment:

The other day, I had cafeteria duty at WCK's school. When you're the parent assigned to cafeteria duty, you help the kids open their pudding cups and ketchup packets, and then you mostly just stand around to make sure nobody throws Tator Tots or burns down the building. So there I was, watching for Tator Tots, keeping myself on high alert for a pudding-cup emergency, when some kindergartners waved me over to their table.

"So-and-so said the B-Word!" one of them informed me.

I had absolutely no idea how to respond to this, but before I could, another kindergartner chimed in.

I was trying to convey complete innocence. Is there a bad word that starts with B? I've never heard of one. Nope. Not a one.

Oh. That B-Word. That's one I can handle. That word comes up about 5,000 times a day at our house, because WCK thinks the word "butt" is hilarious. And, believe it or not, "butt" has worked to my advantage. She used to delay going to bed because she said she was "scared of monsters." Finally, I told her that if a monster ever tried to get into our house, I would kick it in the butt. Yes, I said "butt" out loud. Apparently, this was the most hilarious thing ever to come out of my mouth. No more fear of monsters.

One day, though, WCK was going a little crazy with the B-Word, and I told her to please stop saying the word "butt".

Here's how bad the last blizzard was ... 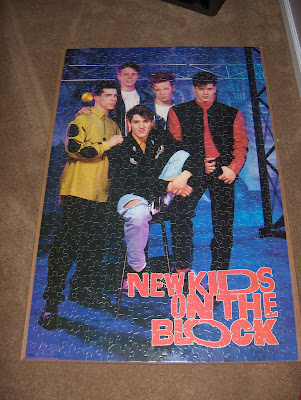